For a Sikh gay male, choosing dance as a career was a struggle in India, where gender stereotypes play a big role. Yet Sam Goraya defied the odds and established himself as a classical Odissi dancer.

Sam Goraya started learning Odissi in the late ’60s at the age of five from his mother, a trained Odissi dance teacher at a school. His mother had to stop performing after marriage due to family restrictions. “Though I was five years old,
I was fascinated by it. I had no idea about the future of my dancing but had an inner voice telling me constantly that I have to do it,” Mr Goraya tells SBS Hindi.

At the age of 15/16, Mr Goraya faced a dilemma. Being a Sikh, he was required to wear the traditional turban and not shave. He shares there was also a stigma associated with being a dancer. "Dancing was ‘for girls only' at the time," he shares.‘Dance was a taboo for males. It was looked down by everyone.” Mr Goraya took up the game of cricket to fit into the so-called ‘man’ activities.

While he continued to excel in sports as well as in studies, his urge for dancing never died. In 1984, he stopped wearing the traditional turban and cut his hair.

He convinced his mother and returned to dancing under acclaimed dancer Padma Shri Madhavi Mudgal who trained him to the style of guru Kelucharan Mohapatra, the man who revived Odissi dance in the 20th century.

Odissi, the classical dance form of India is an ancient temple dance in devotion to Lord Jagannatha which almost disappeared under the British and Mughal rule in India.

The only people permitted to practice Odissi in public were young boys, called “gotipuas,” who dressed as women for their performances.

After India’s independence, dancers of both sexes performed Odissi. 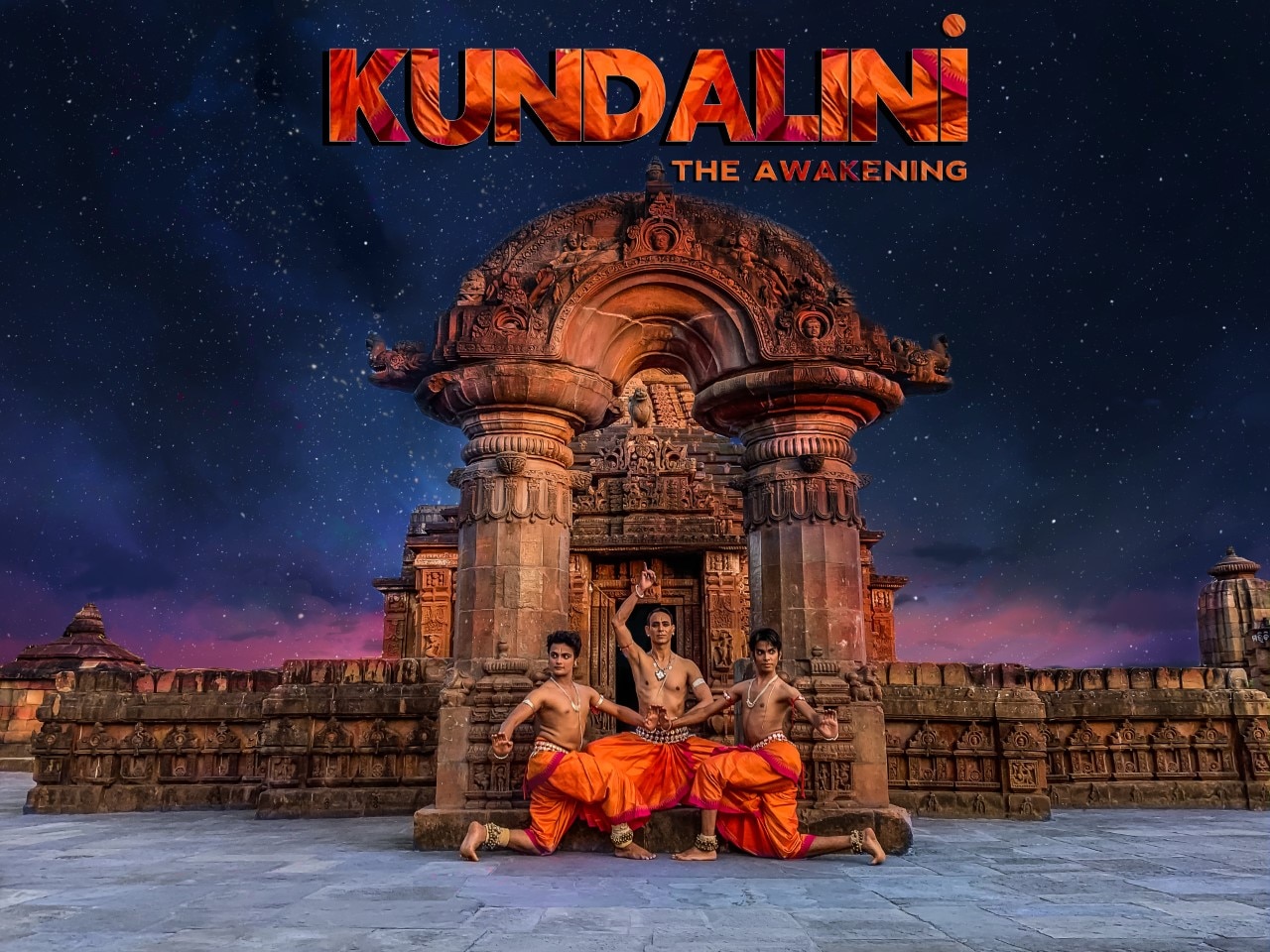 During his university days, none of Mr Goraya’s friends knew he was training for Odissi dance after his classes.

‘I couldn’t tell anyone about my dance. I kept it under wrap’, said Mr Garaya.

‘See due to British and Mughal influence, the mindset of people had changed. They had become conservative. Gender boundaries never existed when it comes to dancing. It is in our mythology. Lord Vishnu danced as Mohini to trick demons while distributing the divine amrit (nectar) to the devatas (God). So you see, the mindset was open then,” Mr Goraya explains. 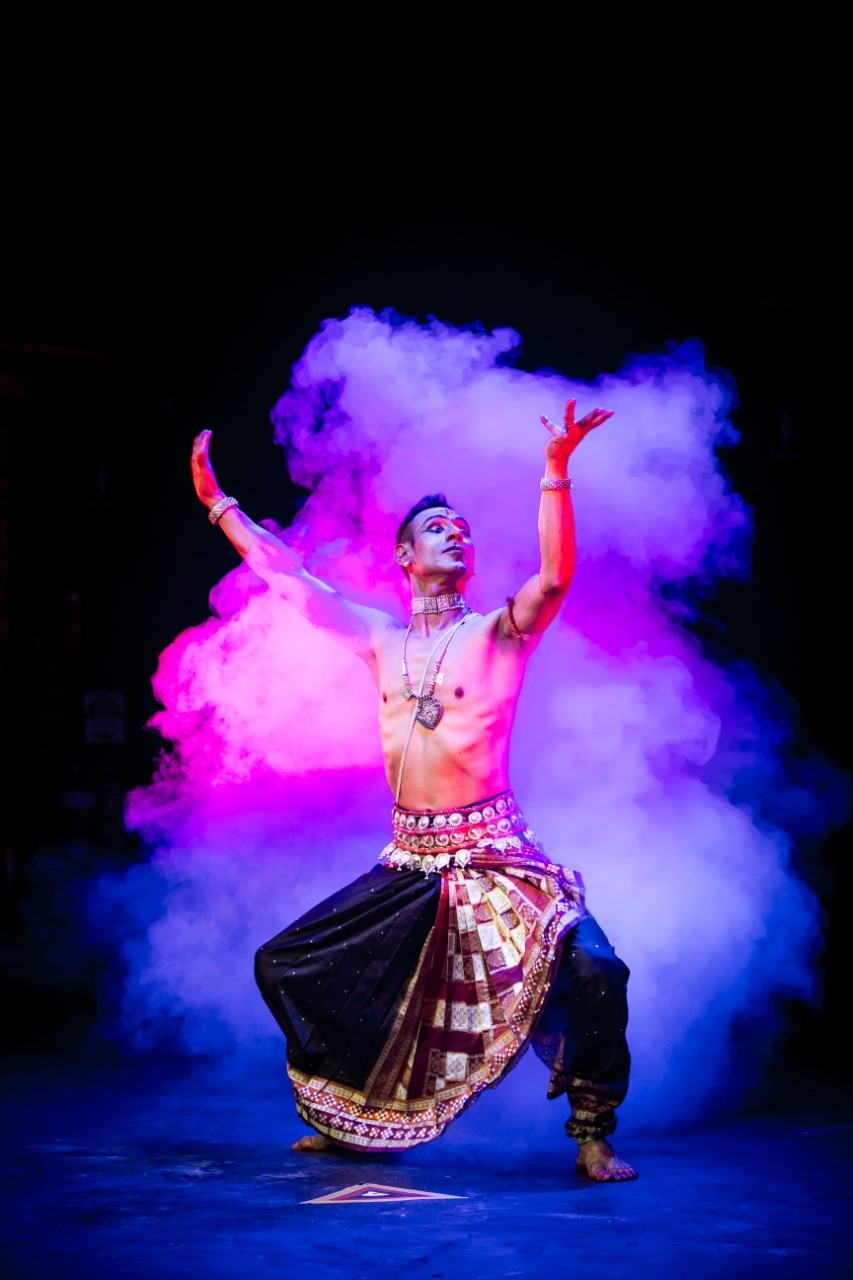 Odissi dancer Sam Goraya in one of his performance

The challenge for Sam Goraya was not just limited to be a male dancer, but also to open up about his sexuality.

‘It might sound to you unreal but I knew I was different right from the childhood. To me, every individual is a soul and the soul has no gender. I tried to fit in what was given to me.’ said Mr Goraya

Though he never faced any questions about his masculinity and even sexuality, he wanted to be away from India.

‘Maybe I was scared of getting rejected. I was scared my parents, friends and all would leave me and I would be left alone in this world.’

He went to Canada in 1987 for higher studies.  While struggling with a perception of right and wrong about his sexuality, he even consulted a psychologist to seek help.

‘I struggled because I wanted to live the way society wanted me to. But they (psychologists) told me there is nothing wrong with me and I should move on with my life the way I am’ said Mr Goraya. 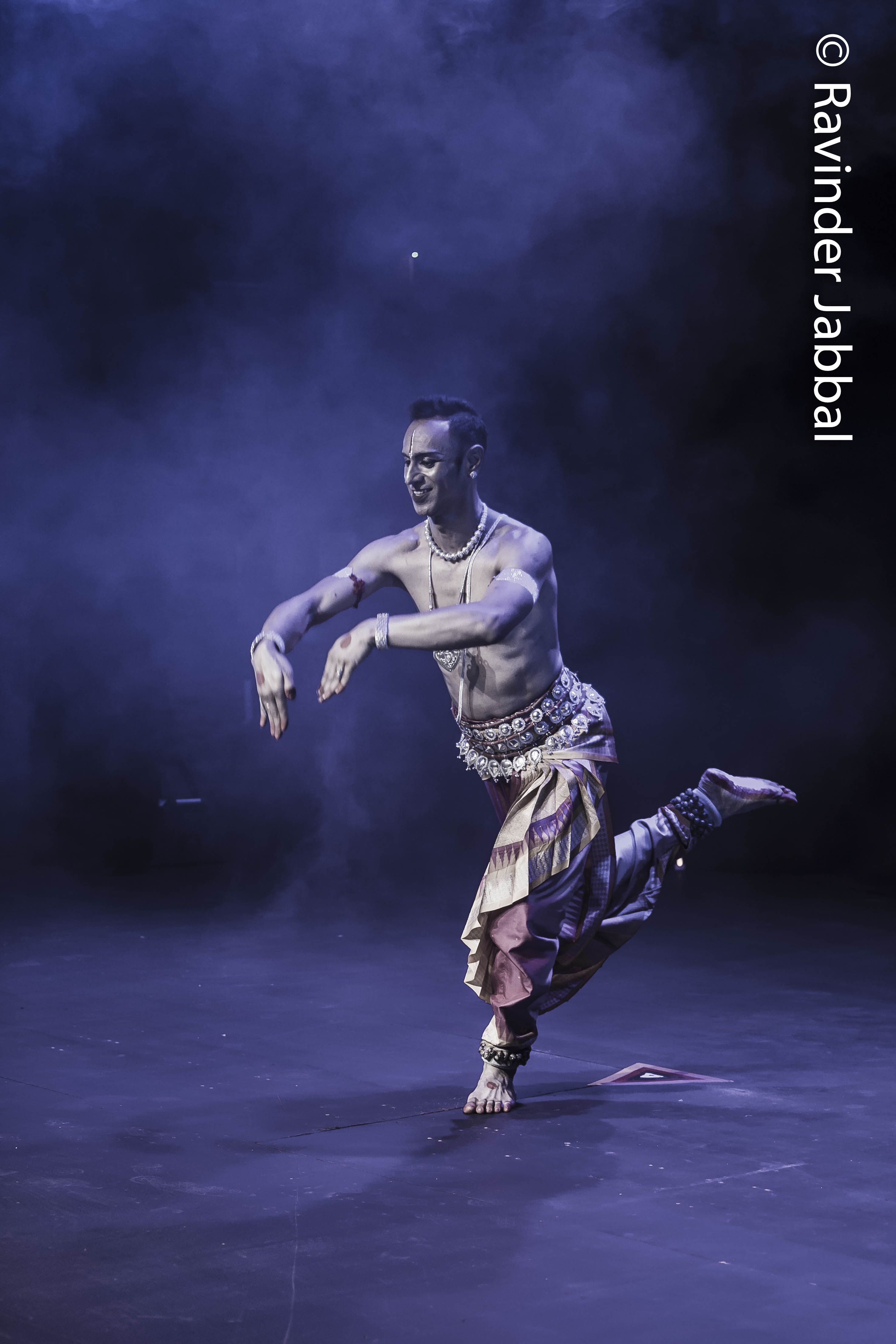 Dance gave him the power and strength to tell the world about his sexuality. Dance helped him to reinvent himself by executing the quintessential movements of Odissi dance with feminine grace.

‘If you take out dance from me, I am nothing’, said Mr Goraya.

Talking about the power of dance and its physical as well as spiritual aspects, he says dance takes one into an inner journey and taps into the conscious.

‘Dance is Yoga. You have to control all your body parts. This is a basically a meditative mode constantly involving into inner-self combining with the outer conscious’ Mr Goraya adds.

An exponent of the Odissi dance, Sam (Sukhwinder Singh) Goraya also holds four Masters degrees and a PhD in the field of Mathematics and Oceanography.